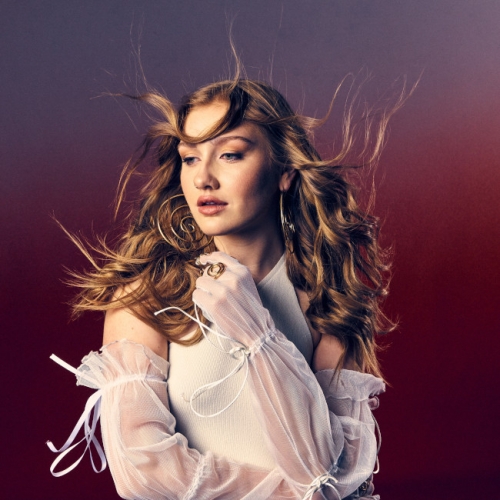 Three months after we last featured 22 year old Canadian artist Olivia Lunny with her gloriously poppy Sad To See You Happy, she returns with another gem. This blast of alt-pop goodness fuelled by a hip-hop beat is taken from her self-titled debut album (out today) and marks an impressive fifteen months for the Winnipeg native. In that time, Olivia has amassed 21m streams,signed a label deal with Universal, won the 2020 SOCAN Foundation Young Canadian Songwriter Award, and amassed plaudits from the likes of Billboard, Refinery29, Paper, The Line of Best Fit, Official Charts, Notion and many more tastemakers. She has also featured on numerous Spotify editorial playlists, including Summer Hits, Summer Breakouts, and Indie Pop, plus been played on American and Canadian radio. Featuring on Spotify and Apple Music's new release programming today, Dominoes further demonstrates her pop credentials as a rising star. Watch the accompanying video later this afternoon on her YouTube channel.