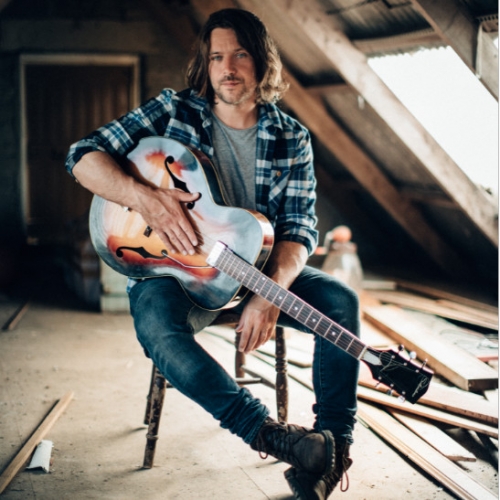 There is something undeniably beautiful about this rich, warm duet from Scottish singer-songwriter Colin Macleod and Sheryl Crow. Their voices effortlessly intertwine in this ode about an early midlife crisis from his second album, Hold Fast (out today). It’s one of two tracks (the other being Old Soul) on the album to feature Sheryl Crow, who he became friends with when supporting her on a US tour after the release of his debut album Bloodlines in 2018. That tour led him to play support shows with Roger Waters and Robert Plant, plus a performance on the Late Late Show with James Corden. Destined for acoustic and mood playlists at streaming, we reckon this radio-friendly song would also be suited to plays at Radio 2, Absolute and Virgin Radio. When not writing music or collaborating with major artists, you’ll find Colin leading a dual life at his home on Isle of Lewis in the Outer Hebrides of Scotland, where he raises a flock of sheep and grows vegetables on a croft. Next month though, he will perform at Latitude Festival, ahead of further live dates to be announced for later this year.