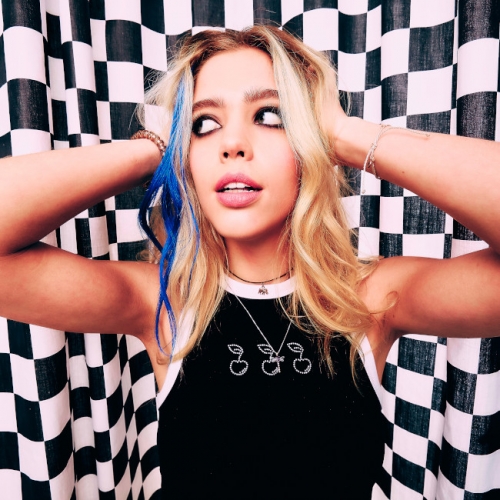 Striking an emotional chord with her newest release is previously RotD-featured American artist Ronnie Watts. Last July, we praised the lush alt-pop tones of her track, Sad Summer and highlighted her earnest songwriting abilities. Since then, she has released her debut EP I Don’t Trust U At All, a string of new tracks, including You Said (with Zach Oliver) and Wake Up, and featured in Rolling Stone as part of their Global New Artists To Watch. Further tastemaker support has come from American Songwriter, Euphoria, Earmilk and more, plus editorial playlist support at Spotify (Alone Again) and Deezer (Brand New, Pop Fresh). Released on Friday (21 May), car ride home is lyrically centred on Watts' inner-dialogue during a night drive to New York City, where she explores the sting of unreciprocated feelings and mixed signals that leaves her head spinning and her heart confused. It's a beautiful, heartfelt affair, filled with hollow piano melodies and sweeping strings. Like fellow American teenage star Olivia Rodrigo, Ronnie Watts has that Swift-ian flair for unearthing those observational details that make a song come to life and relatable to many listeners, making her one to watch.