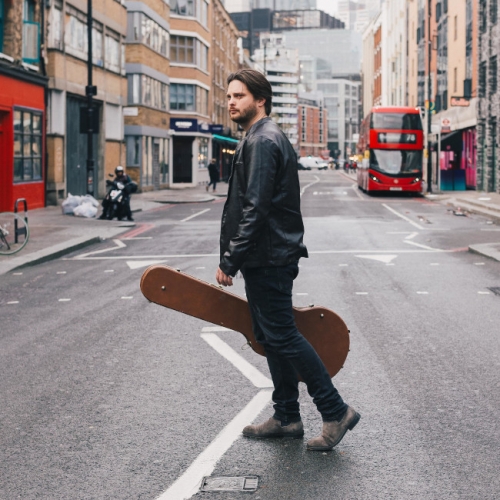 This punchy, lo-fi indie rock tune is from London-based former American electrical engineer and now producer and songwriter Kyle Nuss, aka Atomic Bronco. Last year, he self-released his debut album, Nightflowers, after finishing his master’s degree at Oxford University. Since then, the Kansas native has been working on new material in his east London studio during lockdown. With its instant slacker rock feel and an echo of Beck, Cruel is driven by a catchy acoustic riff, an almost grungy chorus and some seriously cool fuzzed-out guitars. Released yesterday (20 April), it has already picked up numerous online blog support, including Spill and Glide magazines. Plus, it has all the hallmarks to feature on alternative/rock playlists at streaming services and don’t be surprised if this doesn’t get picked up for a sync to a Netflix TV drama or two with its moody vibes. Taken from his upcoming Spectrum EP (1 June), Cruel is the perfect introduction to this emerging artist.