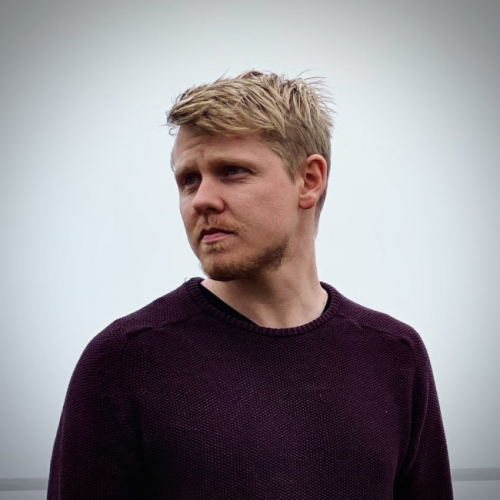 There is something undeniably beautiful about this soft-spoken, sullen dose of piano-led cinematic pop from Icelandic-native Ragnar Ægir. From the bittersweet piano lines to the dreamy guitar chords and soft percussion, Not Too Loud effortlessly drifts along with Ragnar’s touching vocals as he reflects on the role fate has had on his relationship and marriage. It follows his debut single, ‘The Surface’, released in February, which featured on Spotify’s NMF, picked up extensive German radio coverage and amassed over 100k YouTube views. Destined for moving contextual playlists upon release, this absorbing earworm would also be perfect for syncs for TV and adverts. Having studied music production after college, he turned his back on music to start a technology company but decided life was to be found in music ten years later after a series of events during the pandemic. Now, armed with ten songs written over two months, the thirty year old artist is ready to deliver his blend of expansive pop, with hints of Prefab Sprout, The National and Phoenix, to the world.