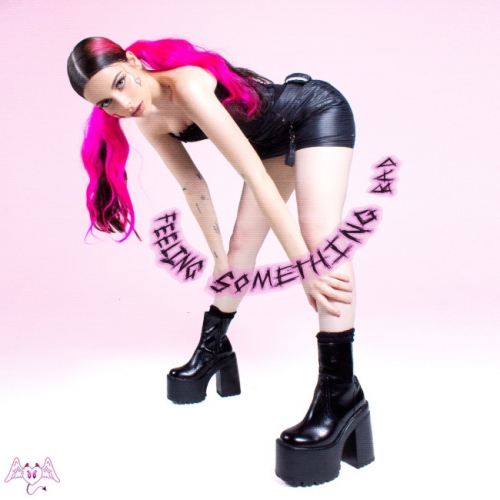 Slathered in layers of dark pop with echoes of a bubblegum beginning, Feeling Something Bad is the latest release from LA-based alt-pop rising star Ellise. With a string of releases behind her, amassing over 193m streams across all DSPs and editorial playlist support at Apple Music (New In Pop, Pop Deluxe), Spotify (NMF, Vibes Right Now) and YouTube Music, she is making a name for herself with her eccentric and nostalgic brand of music. Written about a crush, this under three minute track follows Bubblegum Brain in February and is the second track to be taken from her forthcoming debut album in May. Spotify has added it to nine international New Music Friday playlists, plus it has received its first airplay spin on the Travis Mills show on Apple Music. Later on this afternoon, the eerie and high energy music video by Joakim Carlsson (Duke Dumont, Grace VanderWaal) will be aired on her YouTube channel. A polished and distinctly gothic-tinged dose of pop for the masses.