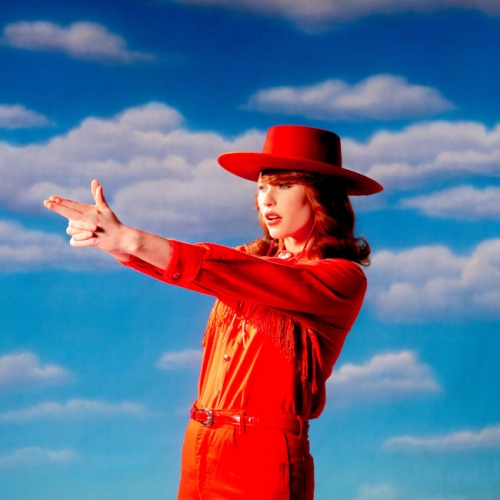 Premiered as an Apple Music World First on the Zane Lowe show earlier this week, this sumptuously bright country-pop offering is the debut single from Brooklyn-based singer-songwriter Allison Ponthier. Originally from Texas, Allison moved to New York when she was 20 to find herself, accepting and embracing her own sexuality in the process. Having built up a sizeable and loyal fanbase across her social media (700k on TikTok) with her offbeat content and music, the 25 year old was signed to Interscope Records last year. Released via Polydor in the UK, Cowboy is an ode to her Texan roots, as well as a bold coming out statement. Taken from her forthcoming debut EP, the track with its evocative lyricism shows a Swift-like knack for creating a personal and intimate connection with the listener. Watch the gorgeously warm and camp Jordan Bahat (Christine and the Queens’ Girlfriend) directed video here. Clash, Dork, Vogue and Fader are among the numerous early supporters offering praise, and we expect they won’t be the last either. One to watch.