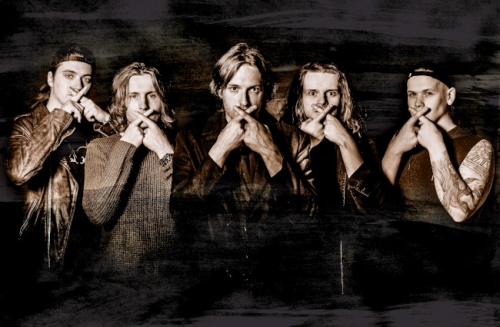 Fuelled by classic rock riffs through a prism of modern hard rock, Broken Son is the latest release from Glaswegian newcomers Mason Hill. Having raised £16k on Kickstarter to record their debut album Against The Wall in November 2019 at Glasgow’s Riverside studios, the four-piece have since released three singles. These tracks have helped the band amass over 600k streams, along with editorial support at Spotify and Amazon Music, plus over 1,400 plays on German radio and specialist plays in Sweden (P3 & Dist FM), Ukraine (ROKS), Poland (Polskie Radio 4), Italy (Lombardia) and France (Heavy1). In the UK, radio support has come from Radio 2's Johnnie Walker and Planet Rock. This addictive and energetic track is the final single to be released ahead of their debut album this Friday (5 March). Continuing the success of previous singles, it has picked up playlist features at Spotify, Amazon Music and Deezer, plus playlist support on Germany’s Radio BOB. With 1,300 preorders for the debut album and positive reviews from Classic Rock, Metal Hammer, Powerplay and Kerang!, the band look set to make their mark on UK charts. This Friday, the. band will perform an acoustic concert stream on the New Wave Of Classic Rock Facebook site, and then on Saturday, perform a full concert stream on their YouTube account. Anthemic rock with hints of nostalgia.