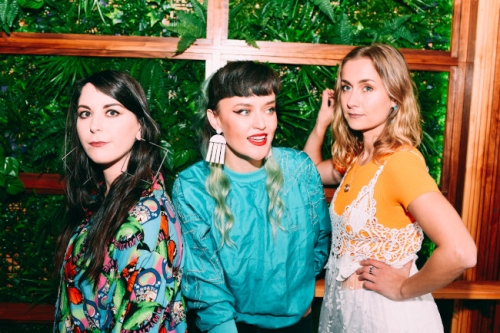 With the release of their second album, Awake You Lie, last Friday (26 Feb), Irish trio Wyvern Lingo deliver a comforting blend of soul and R&B to those feeling lost in these strange times. Recorded in JRS studios in Berlin pre-pandemic and final tweaks managed in lockdown Ireland, the album follows their acclaimed Choice Music Prize-nominated self-titled debut album. It’s a beautiful listen that sees the band dive into and explore the sounds that shaped their teenage years. This sumptuous and joyful explosion of soul-fuelled pop is for us one of the highlights of the album, along with There’s a Place, Things Fall Apart and the ambitious nine-minute closing track In Colour, On the Mend. Watch the video for Don’t Say It here. The Irish Times, Irish Independent, Hotpress and a host of Irish regional press have heaped praise on the album, following radio support from RTE Radio 1, RTE 2fm and many more stations across Ireland. Last Thursday (25 Feb), they performed the album from start to finish on a live stream ahead of its release (watch here), and next week (11 March, 8pm) will perform on Sofar Sounds. A truly gorgeous and rich album from a very talented trio.