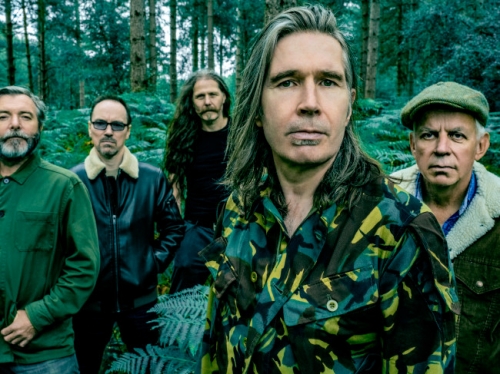 Released last Friday (19 February), It’s Feelings marks the first proper single to come from Del Amitri’s forthcoming new album Fatal Mistakes - their first studio album in nineteen years. With echoes of their ’90s alternative radio vibe running throughout this modern take and frontman Justin Currie’s soulful rasp resonating within the song's towering hook, it’s a gorgeously uplifting number. Produced by Dan Austin (Biffy Clyro, You Me At Six), it has already won over fans and critics alike, with tastemakers at the Sun, Times, Scotsman and Star singing its praises. While radio support has come from Virgin Radio, who have playlisted it, and we reckon, would also go down well on Absolute and Radio 2. The song’s emotional punch is reflected in its Stuart Breadner directed video for Shootback (The LaFontaines, Seafret), which you can watch here. Having reunited back in 2014 for their tour of the UK and then again in 2018, the band are planning to tour the UK once again when it is safe to do so. A soothing and welcomed return.