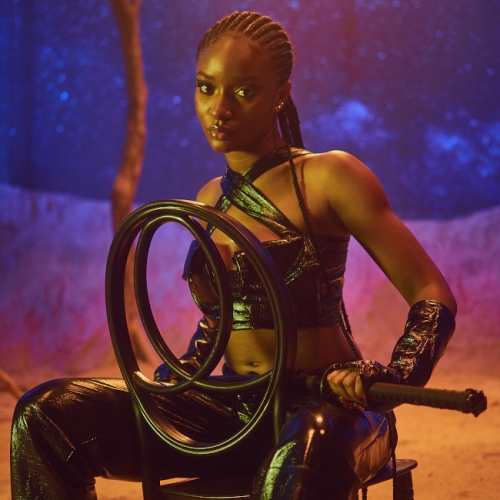 We’re seriously impressed with this sublime debut from Ayra Starr. It’s a gorgeous slice of sweet-sounding R&B with hints of alté and afro-pop from the 18 year old singer-songwriter and dancer. Influenced by a musical diet of 2Face, Angelique Kidjo, Shakira, Tope Alabi, Rihanna, Beyoncé and Sia while growing up between Lagos and Cotonou, Ayra started to sing and write songs with her younger brother. After posting a series of covers on Instagram she was discovered by record producer Don Jazzy, and subsequently signed to Mavin Records. Taken from her self-titled EP released at the end of January, Away is a rather slinky and infectious take on a break-up song. It immediately hit the no.1 spot on Apple Music Nigeria’s Song, Album and Video chart on release, and has since amassed nearly 1m YouTube views. Further support has come from Jessie Reyez who shared it to her socials, along with radio plays on Capital Xtra (Manny Norte) and praise from Clash Magazine. We think Ayra Starr is a unique talent whose soulful sounds not only crosses genres but borders too. A global star-in-the-making.