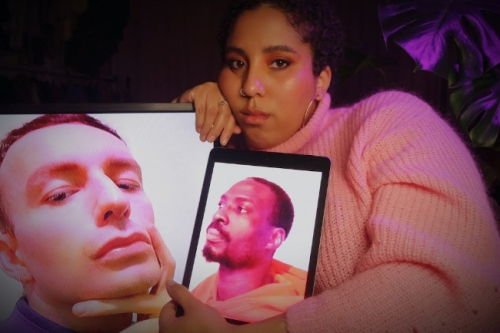 Released last week and produced alongside James Greenwood (Kelly Lee Owens, Daniel Avery), Freaking You Out is the first release of 2021 from London-based trio Benin City. It follows their two sublime singles Mess Like Me and Get Your Own last year and their Moshi Moshi-released album Last Night in 2018. Described as “doomscrolling disco”, this funky dance-tinged electronic-pop number with splashes of '80s nostalgia sprinkled within sees the trio share their anxious commentary on the relentless wave of bad news over the last year. Early tastemaker support has come from the Line of Best Fit, Vanyaland, Aupium and refinery29 among others. With previous support from the likes of The Guardian, Mixmag, The Line Of Best Fit, Clash Magazine, EARMILK, Pop Matters, DIY Magazine, Huw Stephens (BBC), John Kennedy (Radio X) and Tom Robinson, along with a European support tour with Portugal. The Man under their belt, Benin City have acquired a diverse and loyal set of followers, from club-goers to indie lovers to pop fans. Freaking You Out is another gem for their fans to enjoy and welcome new ones too.