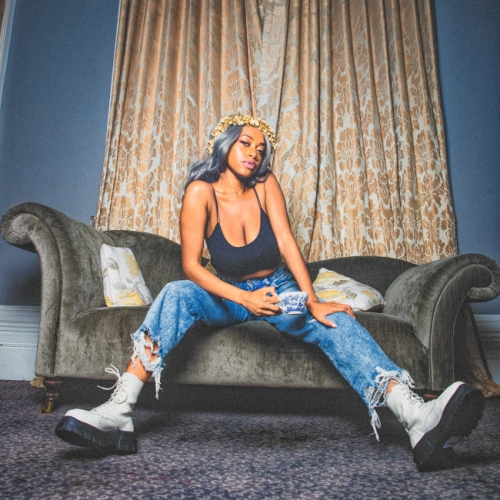 We’ve been following Zambian-Irish grime poet and hip-hop artist Denise Chaila since we first heard her single Chaila last summer and watched as she took the Irish music scene by storm with her debut mixtape GO Bravely later that year. She earned herself a 2020 Choice Music Prize nomination, along with being named Irish Tatler’s ‘Woman of the Year’ in the music category and recognition from tastemakers the Irish Times, Guardian, gal-dem, Harper’s Bazaar, 6 Music, Worldwide FM and Spotify. Last week, she dropped her striking video for the new mix of her single ANSEO, which features RotD favourite Jafaris. Tastemaker support has come from the Fader, Hotpress, and Nialler9 to name just a few, alongside spins on Radio 1 (Annie Mac, Jack Saunders) and 6 Music (Chris Hawkins, Shaun Keavney, Don Letts). She recently performed at the virtual ESNS festival, where we tipped her as one of our five artists to watch, and later this year, she is set to play the Great Escape festival. With her enthralling flow and conscious lyricism winning her many fans over the last year, Denise Chaila star is set only to get bigger in 2021.