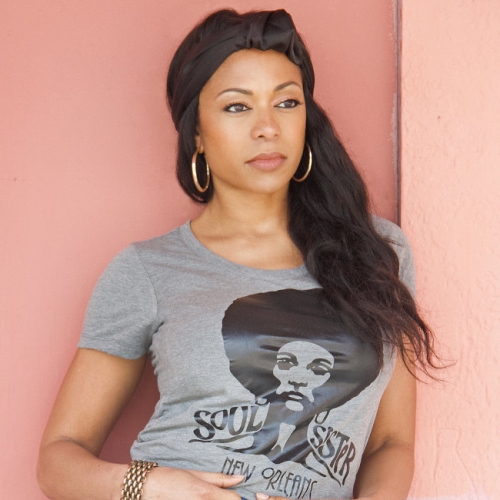 Grabbing your attention right from the first note with its bluesy and funky vibe, He Said/She Said is the stunning debut track from London-based singer and songwriter Acantha Lang. Born in New Orleans, she began her singing career in New York before moving to London to start a band and develop her sound. Quickly becoming a regular and favourite on the capital’s blues and soul scene, Acantha, like many independent musicians over the past year, pivoted to dropping a weekly content series ‘Standing on the Shoulders...’ to connect with and build her fanbase. Inspired by the relentless onslaught of misinformation and fake news, He Said/She Said has now surpassed 100k streams since its release and been added to editorial playlists All Funked Up on Spotify and The New Black on Amazon Music. On Saturday, it received her first play on the Craig Charles Funk & Soul Show on BBC 6 Music to go alongside spins in the US, France, Netherlands, Canada and Africa. Next week (10 Feb), she will drop her second single Lois Lang – a tribute to her mother’s struggle in life in New Orleans - and you can catch a live stream performance of it on 11 February here. Acantha is currently seeking management, publishing, live and sync opportunities to help her on the next stage of her career. With her powerful and soulful vocal, Acantha Lang has a sound all her own, while still giving a respectful nod to the soul legends of the past, making her one to watch.