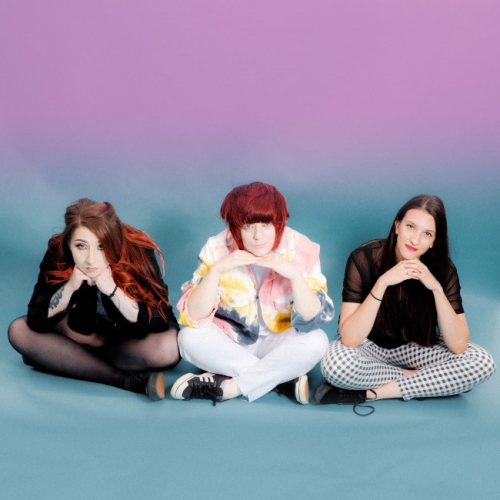 Channelling the spirit of NYC proto-punk and ’90s Riot Grrrl with the sloganeering of the Clash, Manics and the Sex Pistols, plus a heavy dose of wit is Bristol-based trio IDestroy. They formed in 2015 when Bec Jevons (vocals, guitar), Nicola Wilton-Baker (bass, backing vocals) and Jenn Hills (drums) met as students at BIMM Institute Bristol. Since then, the indie-punk group have released two EPs and played more than 300 gigs across the UK, Europe and Asia, selling out shows in South Korea and multiple tours in Germany. Over the course of the last year, the trio have been writing and recording their debut album, We Are Girls, at drummer Jenn and her husband’s Bristol West Street Studios. In December, they dropped their punchy lead single Petting Zoo, which landed them a Sunday Times Breaking Act feature and radio support at Radio X and Planet Rock. Now back with this irresistible blast of party-punk, the group take aim at the obstacles still faced by female musicians. Premiered on Amy Lame show on BBC 6 Music last week, it has gone on to pick up further spins at Radio X (John Kennedy), RTE 2FM (Dan Hegarty), Planet Rock, Sirius XM and BBC Introducing in the West. With an album packed full of attitude, energy and sharp commentary, IDestroy are here to get you pogoing at home. Watch their album launch live stream from The Louisiana in Bristol on 12 Feb at 8pm.