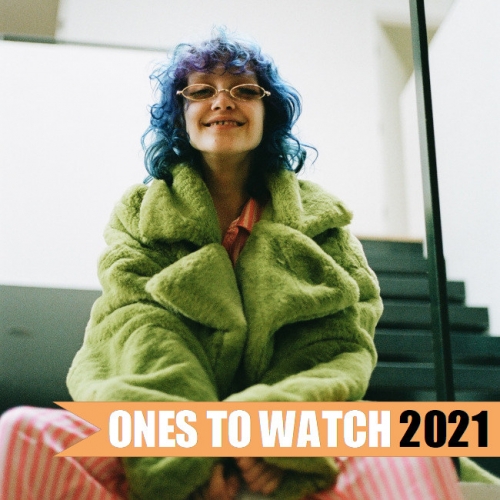 Today’s One To Watch 2021 is the emerging singer-songwriter talent Chloe Moriondo from the US. After discovering the guitar at the age of 12, the Detroit native picked up a ukulele and began posting videos to YouTube back in 2014, slowly but surely building an audience of just over three million subscribers and 160m views. In 2018, she released her independent offering, Rabbit Hearted, which turned heads with tastemakers as she hit the road with Cavetown, mxmtoon, and Shortly. Last year, she released her Cavetown produced debut Spirit Orb EP and a spate of singles, including this gorgeous dose of bedroom pop. With a sound similar to that of early Avril Lavigne with a smidgen of Paramore and late ’90s nostalgia mixed in she has found support from the likes of Dork and the Line of Best Fit, along with a Jack Saunders ‘Next Wave’ and Annie Mac ‘Future Sounds’ feature on Radio 1. Strong support at streaming with editorial features at Spotify (NMF, The Indie List) and Deezer (InVersions), has seen Chloe build support here in the UK and this April (pandemic depending) will see her head out on a five-date UK tour in support of her debut album, which is to be released later this year. At just 18 years old, Chloe has built a dedicated fanbase across both sides of the Atlantic for her touching and honest bedroom pop, and 2021 is only going to see this get bigger.