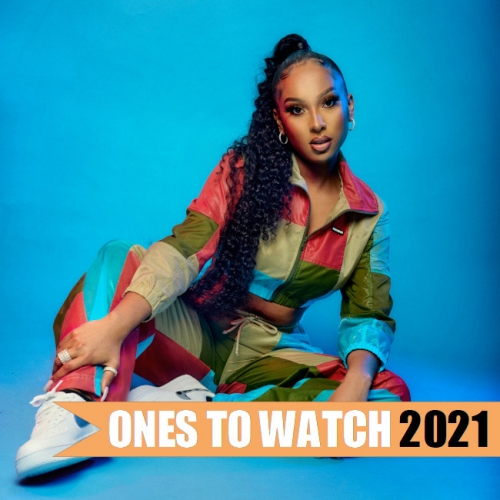 Starting our Ones To Watch 2021 in the new year is the exciting west London rapper Tia Carys. Having kickstarted her way into the scene by dropping bold and honest freestyles on social media, she quickly picked up co-signs with Wretch 32, Avelino and Chip. This led to her releasing her breakout track English X Ghana at the end of 2019, which saw her grapple with her mixed race identity. The 20 year old followed this up in 2020 with a string of releases, including a feature on legendary producer Fraser T Smith’s (Stormzy, Dave, Adele) debut album, building her reputation as one of the rising stars of the scene. In November she dropped her debut EP, EnRoot, a 5-track collection that speaks directly to the challenges young people face growing up: everything from friendships and relationships, to self-harm, social media, and sexuality. With its soundtrack of rap, hip-hop, R&B and drill, the EP solidifies Tia’s talent and showcases why we have chosen her as one of our Ones To Watch. This self assured number, produced by Knox Brown is, for us, one of the standout tracks and sees Tia lay down bars dripping with charisma and confidence against addictive dembow rhythms and whistling hooks. Championed by DJ Target, Sian Anderson, Jeremiah Asiamah on 1Xtra, Tia has also found massive support at Capital Xtra (Robert Bruce, Semtex) Radio 1 (Annie Mac, Jack Saunders), Rinse, Represent and Foundation too. With further tastemaker support from the Fader, Independent, GQ, Notion, Esquire, GRM Daily, Clash and numerous online blogs, this year is set to see her become a leading new voice in British rap.