you broke me first 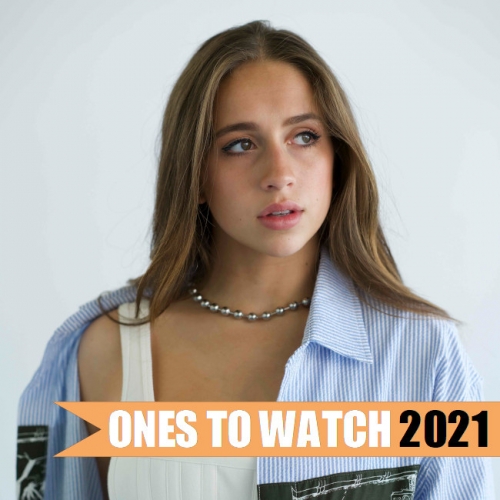 Next up on our Ones To Watch 2021 is 17 year old Canadian singer, songwriter and dancer Tate McRae. She first caught our attention at the start of the year with the track that way. Since then, we have watched this talented young artist produce a stream of irresistible moody alt-pop tracks, including this one, and become a breakout star in 2020. It all started back in 2017, having competed and becoming a finalist in Canada’s version of So You Think You Can Dance?. She set up a YouTube channel, Create With Tate, and started to upload dance videos, covers of songs and then original material. From there she was spotted by Sony Music who signed her in 2019. She has clocked up an impressive 900m combined streams with 500m of these coming from this gem. Having been released in April, you broke me first became something of a viral hit on TikTok in the summer after hundreds of thousands of videos featured this electro-tinged slow burner. It went on to peak at no.3 in the UK Chart, feature on the A List at Radio 1, Capital FM, Kiss FM, and Hits Radio, and become certified Gold. She’s been the cover of Today’s Top Hits on Spotify and Today’s Hits on Apple Music and at one point was the most streamed track in the UK on Amazon Music. Tastemakers like Notion and Dork have featured her on the cover and i-D, Fader, NME, DIY, Independent, GQ and Billboard among others have also sung her praises. This year has also seen her perform at the MTV EMA awards and on Jimmy Kimmel’s TV show, as well as sell out her 2021 UK/Ireland tour. Now what we like about Tate, is not just her gorgeous songs, but also her ability to connect with fans, much like fellow Gen-Z artist Billie Eilish, through her music and also her dance compositions. Everything is in place for this pop superstar-in-the-making to have a massive 2021.