I See Your Ghost 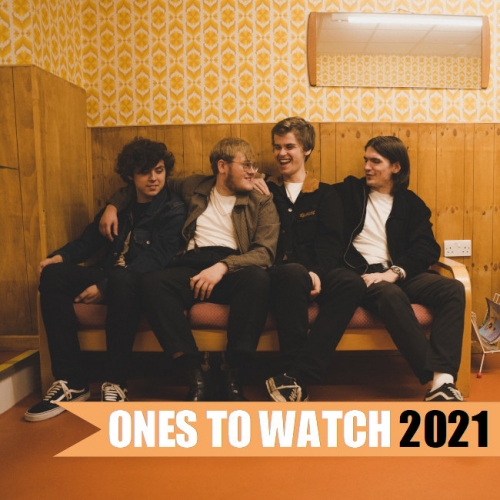 Next up on our Ones To Watch 2021 are Wigan four-piece The Lathums. They first came to our attention last year with their jangly indie hit The Great Escape, and since then it’s been a dramatic rise for the group who formed while at college just two years ago. A string of single releases, culminating in the release of their self-titled debut EP in 2019, has seen the band gain a loyal fanbase as they quickly went from touring Manchester pubs to playing Kendall Calling. With early support from numerous indie blogs and radio support from 6 Music’s Chris Hawkins, 2020 saw them drop their second Smiths-esque EP Fight On as the lockdown started, the summer release of their vinyl-only The Memories We Make (currently eighth highest-selling vinyl in UK this year) and then their fantastic James Skelly and Chris Taylor produced follow-up EP, Ghosts, in October. This final release of the year marked the end of a busy month for the band as they performed a special one-off live stream event, Live From Blackpool Tower, to 4,000 viewers and played this foot-stomping affair with hints of the Arctic Monkeys about it on Later... with Jools Holland. This weekend they will play two sold-out Covid secure shows at Liverpool’s Hangar-34, and then, next April will head out on their sold-out UK tour. Now, what we love about this band is their wry, poetic positivity combined with youthful exuberance to create jangly indie music that is familiar yet fresh and full of energy. We believe 2021 will be a massive year for The Lathums, and with the return of live music on the cards, we can see their audience reach greater heights. It’s not just us either as they have been selected for the BBC Sound of 2021 longlist too.