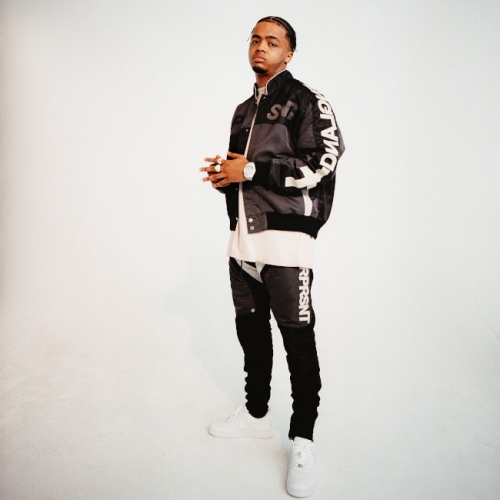 After a difficult eighteen months, 21 year old south London rapper Loski is today dropping his debut album, Music, Trial and Trauma: A Drill Story. Having arrived on the scene with the release of his debut mixtape Call Me Loose back in 2018, Loski has risen up the ranks with his wordplay and skippy flow. His follow up mixtape, Mad Move, entered the Top 40 while tastemakers like XXL, Complex, MTV, 1Xtra, Capital Xtra, Radio 1 and more have sung his praises. The album sees Loski giving his account of growing up in Kennington, street crime and exploring what it is to be a young, Black, British male today. Released last week, this track sees him taking turns with Stormzy as they rhyme about their favourite topic – women. Backed by some bouncy production from Steel Banglez and a Mike Elizondo beat it quickly scored numerous streaming playlist additions across Apple Music, Amazon Music, YouTube Music and Spotify, including the coveted cover of Who We Be. Plus, Radio 1 have recently added it to its C list, alongside additions to playlists at 1Xtra (A List), Capital Xtra, Kiss FM and Kiss Fresh. Watch the video here. Expect to see Flavour rise up the streaming ranks as this young rapper looks to reclaim his position as drill’s number one with his mature and introspective debut album.