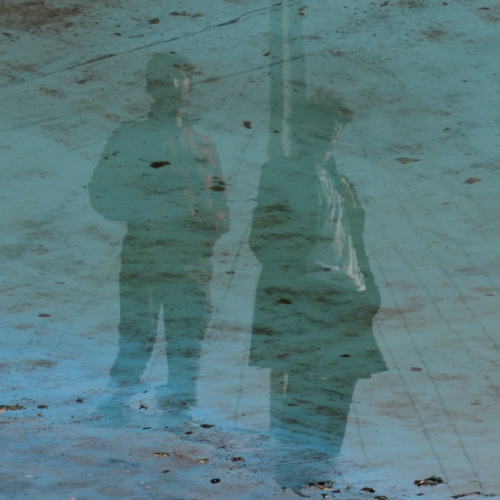 Released last week, Nea Kameni is the latest release from avant-indie duo and RotD favourites Febueder. It’s the Ascot act’s first release since the release of their debut album, Tomalin Has Etched In, earlier this year and their two gorgeous performances of Réseau and Morning Yawn on COLORS in September. Like everything they produce, Kieran Godfrey (vocalist/multi-instrumentalist) and Samuel Keysell (percussionist/multi-instrumentalist) have created a beautifully unique and expressive sound that is both haunting yet also welcoming. Inspired by an extended stay in Greece due to the airport strikes, this intricate and absorbing lament has picked up early praise from the Line Of Best Fit, having previously received acclaim from the likes of NME, DIY, Complex and Wonderland. Watch the video here.