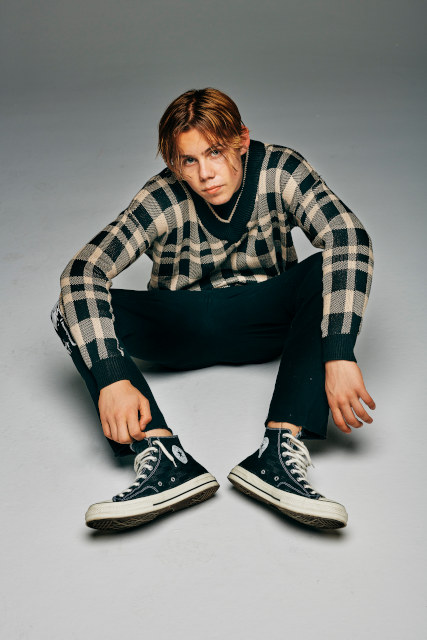 With over half a billion combined streams, a top 10 Billboard 200 mixtape (F*ck Love) and some serious social media numbers (1.3m Instagram/3.6m TikTok), it’s safe to say 2020 has been a hugely successful year for 17 year old Australian rapper The Kid LAROI. It all started earlier this year when his track Go featuring his close friend and mentor Juice WRLD became a global hit and peaked here in the UK at no.43 in the charts. The track and video topped the VEVO New Artist Chart and also picked up radio support from Rickie, Melvin & Charlie on R1, and playlist additions at Beats1, Kiss Fresh and MTV Base. In the summer, he followed this up with the release of his debut mixtape and since then, has been working hard on new tracks in his home studio in LA. Last week, he dropped this smooth and catchy take about getting over his former girlfriend. Produced by Khaled Rohaim and Omer Fedi, SO DONE is precision-made for maximum enjoyment with its melodic vibe and infectious bars. Taken from his forthcoming repackaged debut mixtape that contains new tracks, it featured heavily across streaming services with editorial placements on Spotify, Apple Music, Amazon Music and Deezer. Watch the video here. Having just been announced as Spotify’s latest Global RADAR artist, it’s all set for The Kid LAROI to become a household name in 2021.