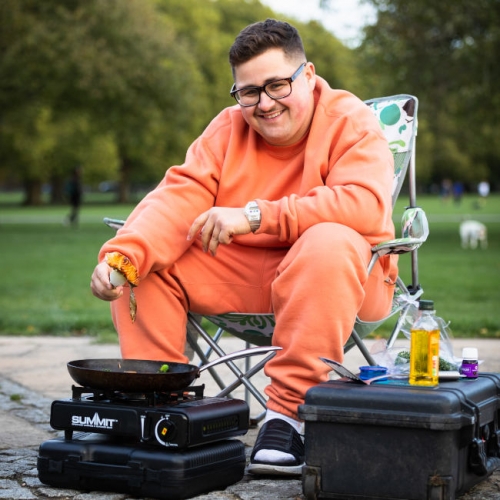 Born and raised in Cambridge, BiG HEATH first burst on to the rap scene when he was booked for notable support slots with Nas and Freddie Gibbs. His energetic performances caught the attention of DJ Semtex and shortly after, his self-released track SWiTCH SIDES found heavy rotation on BBC 1Xtra and led him to sign a deal with Polydor. Since then he has released two EPs, built a loyal following for his brand of witty and precise wordplay and gained the support of key tastemakers like Apple Radio, BBC Radio 1, Capital Radio and GRM Daily. This latest release, his third of 2020, sees the rapper wax lyrical about one of his favoured recreational past times over a powerful beat and seriously hooky, looped panpipe melody. Produced by Hank Solo (Lip Peep), Salmon featured on Amazon Music and Deezer UK's new release programming today (23 Oct). Watch the hilarious fishing inspired video here. With over 10m YouTube views and over 6m combined Spotify plays, plus a highly acclaimed Charlie Sloth Fire in the Booth video (1.6m+ views), BiG HEATH offers something fresh, fun and different to the world of rap.