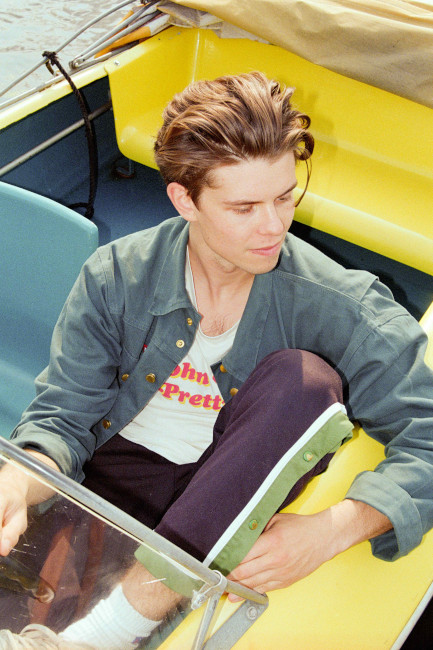 Winner of this year’s German Krach & Getoese music prize, M. Byrd is a 25 year old musician, who while touring in Berlin-based Ilgen-Nur's live band last year, decided to release his own music. It was at the urging of his fellow touring musicians somewhere on the road between Paris and Amsterdam after he aired his demos to them that gave him the confidence and final push he needed. After working on his collection over the following months and into 2020, Mountain is the very first release from his Color of Hope EP, and it’s an absolute gem - full of wistful tones and warmth. Rolling acoustic guitar melodies swirl with waving reverb alongside stoic, laid-back percussion and M. Byrd welcoming vocals. Offering hints of Tom Petty, Kurt Vile and The War On Drugs, Mountain quickly found support at Spotify Germany with addition to their New Music Friday, Indie Brandneu and OFF Pop editorial playlists and amassing over 150k streams since its release at the end of September. It may be early days, but M. Byrd is one to watch.