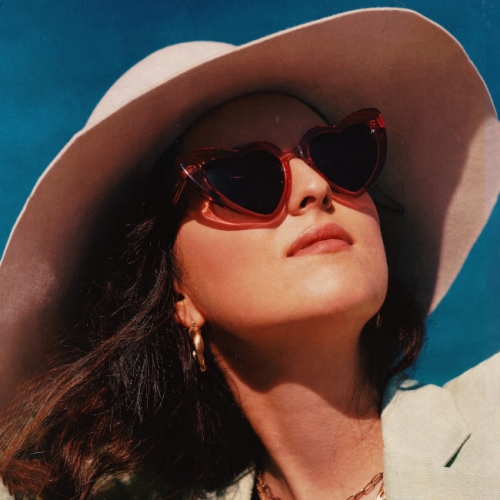 We last featured Swiss songwriter and soul pop artist Veronica Fusaro at the tail end of last year with the soulful Run My Mind from her beautiful Sunkissed EP. Since then, the 23 year old artist, like many of us, has had some extra spare time on her hands, so she has been working on writing her debut album in her studio basement in Thun. This dramatic and richly orchestrated number with a distinctly ‘60s feel is the first single to be taken off her forthcoming and yet to be named debut album. Produced and mixed by Paul O'Duffy (Amy Winehouse, John Barry) in London, Beach is a vibrant yet bittersweet track about the envious feeling of wanting something you can't have and instead, finding shortlived distractions. There’s no denying the classic cinematic feel of this, thanks to the production duties of O'Duffy, and its inherent joyful quirkiness, which has the potential for picking up a sync or two. With promo and label partners in Germany, UK, France, Switzerland, India, Italy, Benelux and Austria, Veronica and her team are on the course to take her music to the next stage.