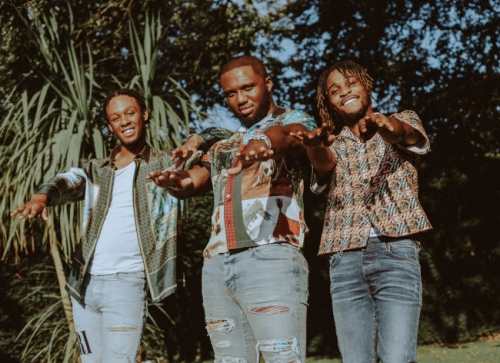 It’s been a busy year for Headie One. One that has seen the north London rapper gain a legion of new fans with his experimental GANG mixtape with producer Fred again... earlier this year, break into the American market with his Drake collab and the release of his debut album, Edna, last Friday (9 Oct). Dedicated and named after his late mother, who passed away when Headie was three years old, the album is a cathartic and introspective affair that features previous RotD track Ain’t It Different feat. AJ Tracey & Stormzy and a host of other guest appearances from the likes of Future, Skepta, M Huncho, Young Adz, Kaash Paige and Mahalia. NME, Clash, Guardian, the Line of Best Fit and the Telegraph among others have all praised the album this week, with Headie also appearing on the cover of GQ Hype. Adding to the buzz, Headie has just announced a UK & Ireland tour for next May, including a show at SSE Arena Wembley in London (8 May). This feelgood hit, channelling Latin and Afro-swing vibes and featuring UK rap duo Young T and Bugsy, is his latest single and featured heavily across streaming services playlists with additions at Spotify (24xNMF, All New All Now), Apple Music (New Music Daily & more), Amazon Music (Brand New) and Deezer (Brand New). Set to break into the Top 20 in the singles chart this week, you can watch the Craig Capone video here. With the album currently the most-streamed new album this week on Apple Music and Spotify, it is in a three-way tussle with Travis and John Lennon for the no.1 spot in the UK charts (only 364 sales between them). We are sure the team at Relentless are doing everything to get this deserving and formidable talent to the top.