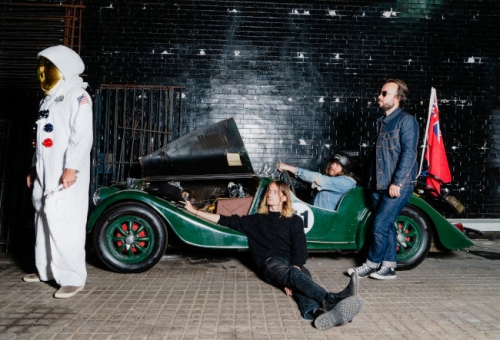 Making a name for themselves with their brand of art-punk on last year’s eponymously named debut album,  The Imbeciles return with this chunk of hybrid ’70s London punk and Foo Fighter-esque rock. Having received praise from the likes of Classic Rock and Louder Than War, as well as radio support from 6 Music (Lauren Laverne, Marc Riley), Radio X (John Kennedy) and Amazing Radio (Jim Gellatly), the band have since gone through a bit of line-up and sound change too. Now a four-piece, the band are a tighter guitar-led group than their previous proggy six-member composition, and Yes I Am proves that. Taken from their forthcoming new Dissolution Sessions EP, it marks a fast and fuzzy new chapter for the band hailing from LA, London and Texas. Expect to see this added to new rock and alternative playlists soon, plus later today (1 October) Clash will premiere the video. Fuzzed up riffs and anthemic calls to action aplenty, this is for those who like their guitar music short, sweet and nostalgic.