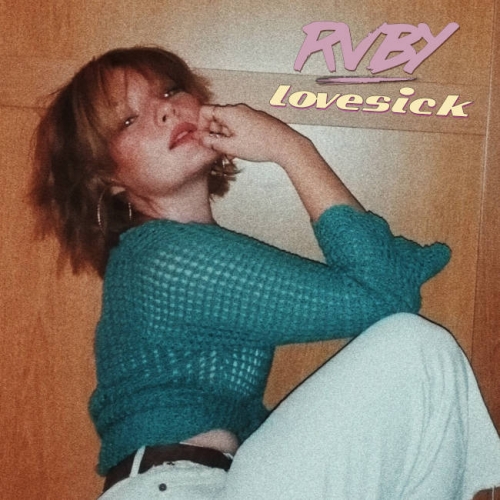 Every new track we hear from Bristol-based artist RVBY always leads us to wonder how much longer it’ll be before she finally breaks through to mainstream success. Her songs, entirely written by herself, are mesmerising, modern pop gems with a hint of ’80s nostalgia subtly woven into them have been an absolute delight. We first featured her back in October 2018 with her debut release L.O.V.E and then again with Hanging On and Wildfire. Along the way, she has picked up tastemaker support from the likes Spotify, BBC Introducing, Earmilk, and the Line of Best Fit among others, and is now back with this honest and sensual number. Produced by Toby Scott (Little Mix, Cashmere Cat) and premiered on Fault magazine this week, Lovesick yet again shows off her songwriting abilities with luscious pop hooks and shimmering vocals, but also as a visual artist too. Watch the video here. Spotify and Amazon Music both added it to their new release programming today, plus there were additions to Deezer's New School of Pop and Amazon's Fresh Pop playlists. Expect to see this feature in more amorous and new pop playlists over the coming weeks too. A glorious return from a burgeoning talent who continues to grow in confidence with every release.