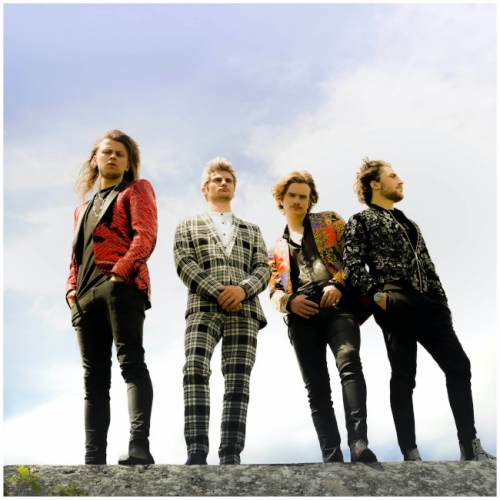 Evoking the stadium spirit of Kings Of Leon and the quintessential British indie rock nature of bands like The Kooks, All About Now is the latest release from four-piece Two Weeks In Nashville. Consisting of front-man Billy LeRiff, bassist Jonny Faires, guitarist Marc De Luca and drummer Ian Wilson, the young rockers have steadily been building up their reputation since forming last year and pre-Covid sold-out shows at the O2 Academy Islington and Camden Assembly. They have already picked up early tastemaker support from the likes of BBC Introducing, MTV and Absolute for their performances and singles. Now, the lads are back with this anthemic gem and summer pleaser about living in the moment. Driven by soaring melodies, rolling percussion and a contagious guitar lick, it has an undeniably euphoric feel and would be the perfect sunset tune at a festival. Premiered by Wonderland, the track, produced by Brian Harris, sets them up for the upcoming release of their debut album later this year in November.