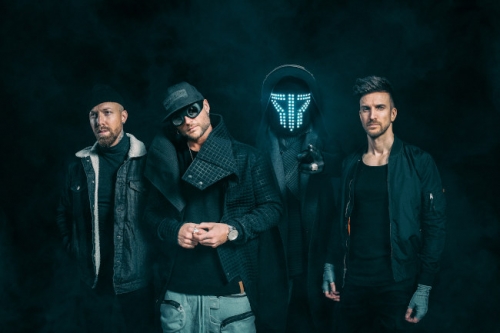 With 700,000 monthly listeners and over 120m Spotify streams across four albums, plus 60m+ YouTube views, Sweden’s Smash Into Pieces have evolved into one of the fastest rising Scandinavian alternative rock bands. They have toured the world supporting the likes of Alter Bridge, Within Temptation, Halestorm and Amaranthe, while gaining international recognition from metal and rock tastemakers in Germany, USA and the UK. Last Friday (28 August), the band released Arcadia, their fifth album, following a mini-series of music videos depicting an ongoing story soundtracked by key tracks from the album. Generating millions of views for them, the videos have kept their loyal international fanbase engaged and eager to hear the new album, particularly after the postponement of their support tour with Within Temptation/Evanescence to 2021 due to Covid. This heavy blast of anthemic rock, with thundering drums and aggressive yet melodic guitar riffs, alongside some powerfully emotive vocals, is the band’s next key release. Expect to see this powering alternative and metal rock playlists over the coming weeks. In the meantime, hit play and let this thunderously magnificent tune kickstart your new day and month.