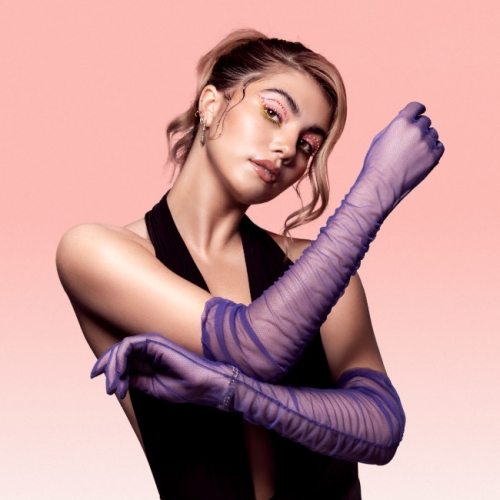 Now, here is an infectious blast of pop-house goodness to get you moving this morning from Danish DJ Muri. Originally from Viborg in Denmark, she moved to LA as a teenager to explore the dance/DJ scene and develop her skills. Upon returning to Denmark, the 21 year old quickly established herself as an emerging DJ talent with bookings at places like Kupé, Axel Arigato’s event at Copenhagen Fashion Week and private events at Royal Arena. Taking the next logical step, she released her debut track, Fallin’, a week ago, which was immediately added to editorial playlists on Spotify (NMF DK, Friday Cratediggers, Beats of Tomorrow), and Tidal (Rising: Global), as well as gaining international support from US label Astralwerks. Further tastemaker support came from R3HAB’s podcast and inclusions on popular YouTube playlists by xKito Music, Futura and Crunchy Network. With an insanely infectious chorus hook of “da, da da da, da da da dum, da da da, dum, da da da”, Fallin’ will quickly become one of your favourite new pop-house tracks of the summer – it’s already one of ours. For fans of MEDUZA and Imanbek.