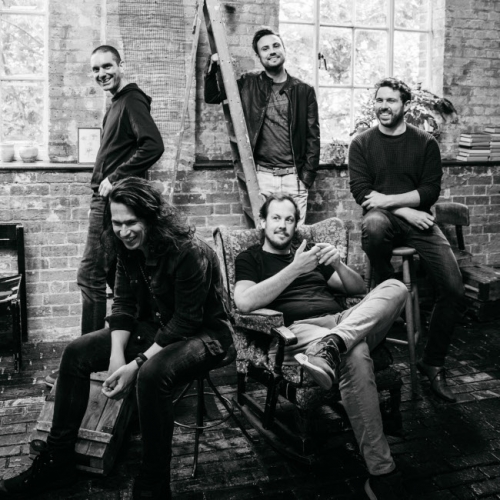 Filled with a thrilling sense of grandeur and expansiveness is this gorgeous blurring of alt-rock, classical and jazz music from new six-piece, yllwshrk. Taking their name from Frank Zappa’s The Yellow Shark album, the group, who hail from both sides of Hadrian’s Wall, have honed their sense of experimentation with genres through studying the music they love and as members of the London Contemporary Orchestra (LCO). Pyramids is the second release from their forthcoming debut album I AM ALADDIN and is a bold, sprawling extravaganza of rich textures, lush arrangements and intense emotion. Think the sonic soundscapes of Radiohead meet the angular rock impetus of Editors and the creative genius of Bowie’s Blackstar album, and you’ll be somewhere sonically close. Watch the stunningly beautiful Eve McConnachie directed video here, choreographed by former Principal Dancer of Scottish Ballet Eve Mutso, which features Mutso along with 2019’s BBC’s The Greatest Dancer winner Ellie Fergusson. We love their sense of musical exploration, bridging art, musical forms and emotion to create something powerfully mesmerising, and one we would love to see performed live in the future.