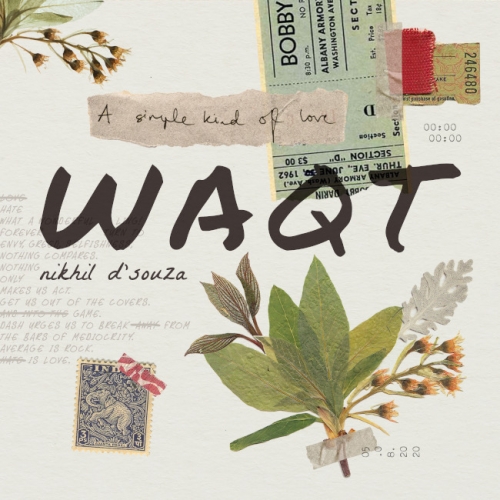 Within the first thirty seconds of this beautifully strummed acoustic ballad by singer-songwriter Nikhil D’souza, you’ll be mesmerised by how welcoming and intimate his voice is. His musical journey started when, by chance, the self-trained singer and guitarist broke into performing songs in Bollywood films. Not content with singing other people’s tracks, he started to write English language songs for the UK and US market, which eventually led him to land a deal with East West Records in 2016. He moved to London and released a series of singles, including Beautiful Mind and Silver and Gold, which were playlisted on BBC Radio 2. In 2019 he returned to India after leaving the label to work on music for the growing Hindi-indie songwriter scene and had a hit with Vaaste - a duet with Dhvani Bhanushali that has amassed an impressive 930m YouTube views. Now back with his latest Waqt EP, Teri Tarah is an ode about lost love and coming to terms with the experience, sung in his native tongue. It’s a beautifully emotive affair, with gentle acoustic strumming, paired with rich orchestral arrangements, a warm piano melody and soaring vocals. Next up, he will be treating his growing Indian audience with an EP of some of his English songs recorded in the UK and produced by Martin Terefe (many, many artists including Jason Mraz and Mike Posner).