My Sista Told Me 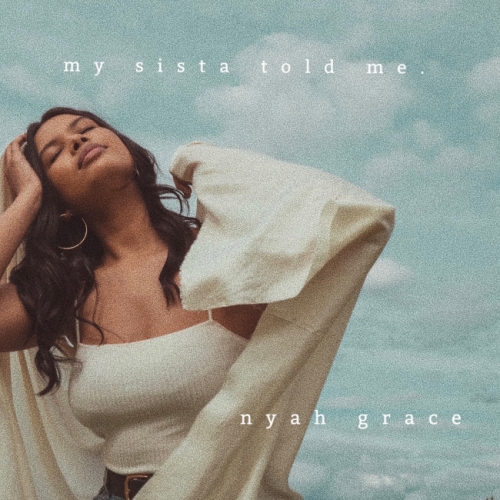 Influenced by the likes of Lauryn Hill and D’Angelo, 18 year old Nyah Grace is a young emerging artist whose timeless and nuanced voice impressed us on our very first listen. Originally from Oregon, where she grew up on her grandparents’ farm, Nyah started to develop her talents in the basement teaching herself piano and then Logic. After being spotted by her manager, she was whisked over to the UK to work with Michael Kwesi and Steve Chrisanthou. At 17 she relocated to the UK permanently and has been working on her debut album Honey-Coloured ever since. It was released at the end of July. This slick, sun-kissed slice of soul featuring Corinne Bailey Rae is her latest single and injects a playful dose of upbeat funk to the proceedings, along with a spoken-word verse, to create something modern and fresh. Tastemaker support for her music has come from Tidal (Tidal Rising/Rising R&B playlists), Earmilk, Complex, the Sun and Sofar Sounds, as well as radio support at Radio 1 (Rickie, Melvin & Charlie), 1Xtra (DJ Target) and Jazz FM (A list & B list). So just sit back, hit play and bask in this gorgeous R&B jammer.