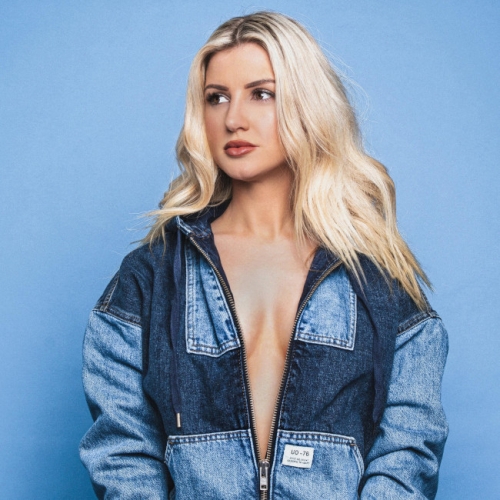 With over 10m combined streams, west Wales-based newcomer Cally Rhodes is back with this irresistible slice of upbeat and honest dance-pop. Written and co-produced by Cally and mixed by Toby Scott (Little Mix, Gorgon City, Girls Aloud), Downfalls fizzes with infectious energy, full of luscious hooks and a want-to-dance beat that is tailor-made for new pop playlists and radio airplay. Released on Friday it featured on Spotify Sweden’s (home to her label, LoudKult) New Music Friday playlist, having previously charted in Spotify’s Viral Top 50 chart and New Music Friday playlists with her earlier singles. It's just been added to BBC Radio Wales A-list following previous radio support for her tracks from BBC Introducing (Artist of the Week) and spot plays on Radio 1 and 2. Further support has come from MTV, Pop Dust, Pop Wrapped, Dancing Astronaut and The Sun, plus her music has been used on Strictly Come Dancing. Before the pandemic, she toured with The Midnight Beast, Louise Redknapp and was due to play Kew Gardens and Cardiff Pride this summer. A confident, honest and headstrong new pop star in the making.