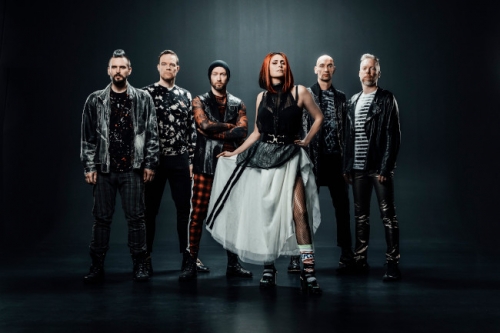 Dutch rock behemoths Within Temptation are back with this fresh blast of rock goodness to kickstart your week. Having sold millions of albums worldwide and achieved over 30 Gold and Platinum statuses in numerous countries, the group have dropped their first new music since their 150 million streamed album, RESIST, last year. Released on Friday (8 May) and featuring on numerous streaming new release programming (Spotify, Apple Music), Entertain You is full of high octane energy showing a new side to their music, with a more pronounced heavy rock sound than before while maintaining their powerful lyrics and addictive choruses. It also marks a new beginning for the band with them now releasing their music independently and also switching their focus to releasing multiple singles a year instead of an album to ensure a constant flow of music. Expect to see this added to rock and metal playlists, as well as tastemaker support from the likes of Kerrang!, Metal Hammer and Classic Rock over the next week or so. After playing various international, sold out arena-tours, the band will embark on a massive co-headline tour with Evanescence in September 2020, which has sold over 150,000 tickets in eight countries, including a show at the 02 in London (6 Sept). So until then, let's turn this up to max and rock out.