Artist: Fraser Anderson
Label: unsigned
Impact date: Out now
ROTD featured date: Thursday 9 April 2020
Update Required To play the media you will need to either update your browser to a recent version or update your Flash plugin. 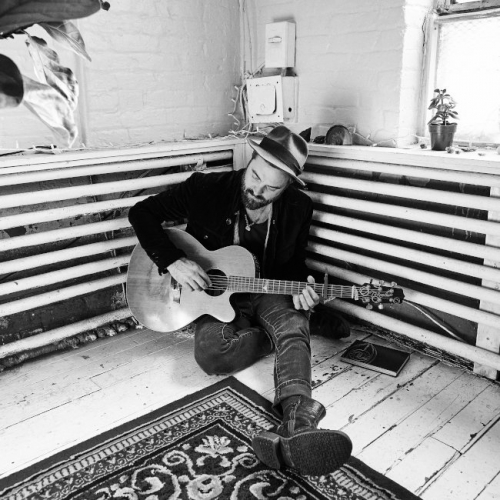 Within the first thirty seconds of this beautifully picked acoustic number by gifted singer-songwriter Fraser Anderson, you’ll be struck by how welcoming and intimate his voice is. His musical journey though was one borne in tragedy, when aged just 14 he saw his friend die in a Land Rover accident, which spurred him into songwriting as a coping mechanism. Through hard work and determination, the Scottish artist has released four acclaimed albums, weaving vivid, semi-confessional tales drawn from his life while raising three sons. Taken from his third album, Little Glass Box featuring Danny Thompson, this tale of having nothing left to give and scraping the barrel to survive, is the perfect taster of his talent. With a voice that is up there with the folk greats of Nick Drake and John Martyn, he has been lauded by BBC Radio 2’s Bob Harris as “truly beautiful” and praised by legends like Chuck Berry. He is currently readying the release of his fifth album, Sankalpa, for later this year, after a fan gave him £15,000 to record it at a gig. Having heard a couple of the tracks already, we can safely say this is set to be a gorgeous album from an artist you can truly believe in and connect with.

Fraser’s charity of choice is BASS (Bristol Autism Support Service) “Because one of my sons is autistic and they have been nothing short of amazing. They not only helped my son become more independent but they have helped me learn how to be a better parent for him’.

Sound Advice has curated a 'dawn to dusk' Spotify playlist focussing on tracks about family and charity from its roster and friends.