Artist: Yusuf/Cat Stevens
Label: Cat-O-Log Records
Impact date: Single: Out now/Album: Back To Earth reissue 17 April 2020
ROTD featured date: Wednesday 8 April 2020
Update Required To play the media you will need to either update your browser to a recent version or update your Flash plugin. 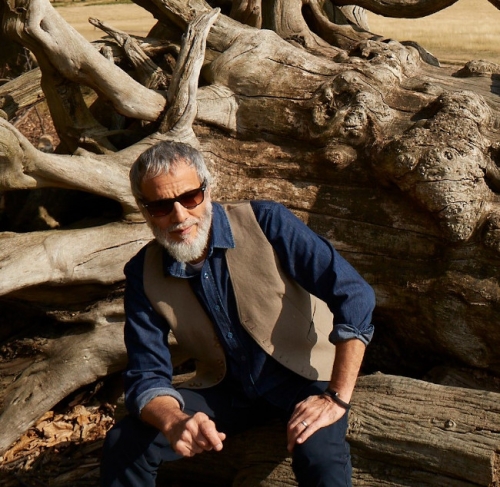 The music of Yusuf/Cat Stevens is the soundtrack to our collective lives over the past five decades. His back catalogue is peerless, with songs like Wild World, Morning Has Broken, Father & Son and countless others all shining like shimmering beacons on any playlist of the greatest acoustic singer-songwriter anthems of all time. That distinctive voice sounds effortlessly cool here. Give it a play, and you’ll immediately want to fling open your windows and let the sunshine through, as lovely little flourishes and clever musical motifs are sprinkled throughout this soulful number. It appears on the 2020 super deluxe edition of his 1978 album Back To Earth, his final LP under his previous name, which features a re-mastered version of the album at Abbey Road, rare demos from the period and material from UNICEF’s 1979 Year of the Child concert. Exquisitely-produced by Paul Samwell-Smith, it’s a quality piece of songwriting that didn’t make the original release as it was deemed too “pop”, but has lost none of its charm in the years that have followed. In fact, time has arguably enhanced how good it sounds.

Yusuf's charity of choice is UNICEF: "It was always my first choice for donating to charity. Because of its neutrality and focus on children I became involved with it in 1973. The people I know who worked there all had a fervent belief in the oneness of this world, and the vital need of saving the most innocent and weakest newcomers of humanity”.

Sound Advice has curated a 'dawn to dusk' Spotify playlist focussing on tracks about family and charity from its roster and friends. The playlist comprises many Sound Advice clients, known and unknown. Songs have been selected by: Small Green Shoots, Abram Wilson Foundation, Help Musicians, Tomorrow’s Warriors, BRIT School, Drake YolanDa Award, #workingparents, a song kindly donated by Jonny of Snow Patrol (represented by Sheridans) and a few personal favourites of the curator such as Van Morrison and Al Green.