Artist: The Lottery Winners
Label: Modern Sky UK
Impact date: Single: Out now/album: 13 March 2020
ROTD featured date: Thursday 12 March 2020
Update Required To play the media you will need to either update your browser to a recent version or update your Flash plugin. 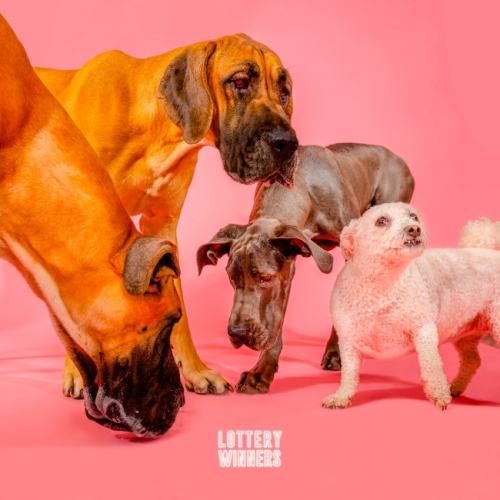 Full of Britpop swagger and Kasabian-like raucousness, Headlock is the latest release from Lancashire band The Lottery Winners. Taken from their self-titled debut album (out tomorrow), this indie stomper and “twisted love song” was added on release to numerous Spotify’s editorial playlists, including New Music Friday, Hot New Bands and The Indie List. Watch the band on a whistlestop tour of their hometown Leigh for the track’s accompanying video here. Their current single, 21, has had tremendous support from 6Music (Chris Hawkins), Radio X (John Kennedy Hot One), Amazing Radio, and XS Manchester among others. Tomorrow will see the band appear at HMV Manchester for several planned instores across the Midlands and the North. After this, the group will kickstart their 13 date UK tour in Nottingham on 26 March, which will also include a show at the Lexington in London (31 March) and their biggest headline show to date at Manchester’s Ritz (11 April). Fun, bold and ambitious, The Lottery Winners are everything a British band should be.