Artist: Dark Tropics
Label: Quiet Arch
Impact date: Out now
ROTD featured date: Monday 17 February 2020
Update Required To play the media you will need to either update your browser to a recent version or update your Flash plugin. 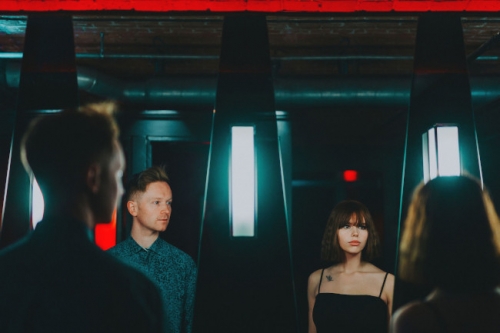 It’s very early days for Belfast’s noir-pop duo Dark Tropics, but we are sure upon hearing this deliciously dark, dramatic, and melancholic debut you’ll be enchanted, just like we were. Having found common ground in the form of Radiohead, Aretha Franklin, and The Velvet Underground, musicians Rio and Gerard formed the duo last year and are now ready to take on the world. Taken from their upcoming debut album, due out later this year, this moody debut is an exquisite introduction to their cinematic sound. Foreboding piano melodies blend with biting keys as Rio’s striking and hypnotic vocals delve deep into the realms of heartbreak, lust, and revenge. Clash are early fans, having premiered the video (watch it here), and we expect many more will soon come under the duo’s charm over the following weeks. They are already attracting plenty of labels and publisher interest in them after early demos were circulated, so it looks like 2020 is going to be an exciting year for Dark Tropics. For fans of London Grammar and Agnes Obel.