Artist: Soleima
Label: Big Beat/Atlantic Records
Impact date: Single: Out now/Album: 13 March 2020
ROTD featured date: Friday 7 February 2020
Update Required To play the media you will need to either update your browser to a recent version or update your Flash plugin. 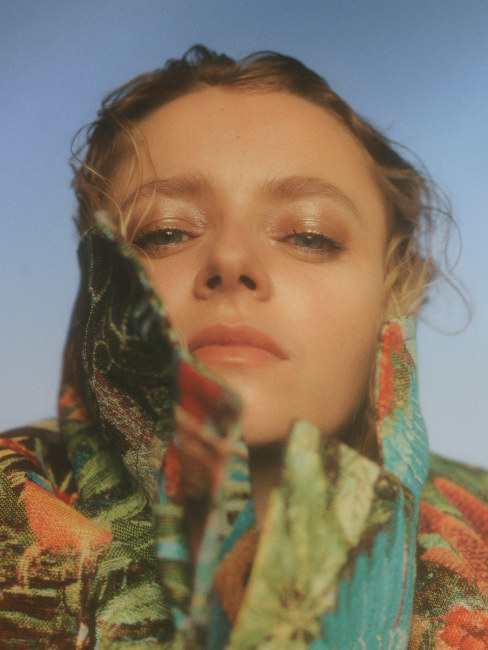 This infectious alt-pop banger, full of swagger and witty lyricism, is from rising Danish singer-songwriter Soleima. We last featured her back in 2018 with her off-kilter electro-pop track Pacify Me, and since then she has signed to Big Beat/Atlantic Records and released the singles STFU and Cheers for the Tears. Combining a subtle R&B groove with trap percussion, sultry alt-pop flourishes and a whimsical hook-laden chorus, Roses is a clever slice of fresh Danish pop, full of attitude, showing her refusing to feel bad about a break up. Released last week (31 Jan) and featuring on numerous new release programming across Spotify, Apple Music and Deezer, the track is the first teaser of her forthcoming debut album Powerslide (out 13 March) and co-produced by Jonny Coffer (Beyoncé, Panic! At The Disco's High Hopes, Lykke Li) and Bastian Langebaek (Jess Glynne, Jessie Ware). Early tastemaker praise for the track has come from Earmilk, Consequence of Sound and Le Future Wave to go alongside previous support from the Line of Best Fit, Paper, HillyDilly, and the 405, as well as radio plays from Phil Taggert (Radio 1) and John Kennedy (Radio X). She is currently on a 20 date tour of the US and will head back to Europe in March to play shows across Denmark. Soleima is a unique talent, graced with a distinctive voice and a knack for witty lyricism, so if she isn’t on your radar yet then hit play, you won’t be disappointed.