Artist: Lucia and the Best Boys
Label: Sweet Jane Recordings
Impact date: Single & EP: Out now
ROTD featured date: Tuesday 4 February 2020
Update Required To play the media you will need to either update your browser to a recent version or update your Flash plugin. 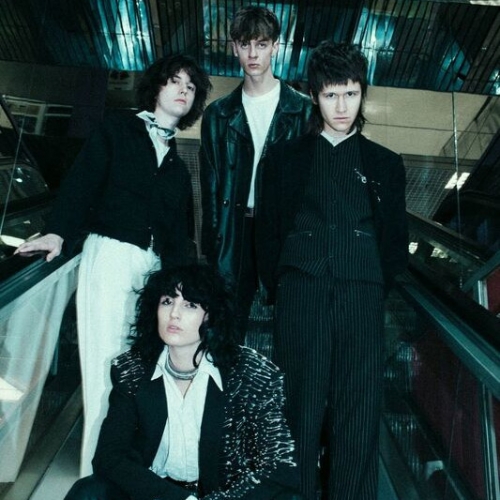 We are big fans of Glaswegian four-piece Lucia and the Best Boys, having featured three of their previous singles over the last eighteen months. Now back with a brand new EP, Eternity, recorded with producer Carlos De La Garza (Paramore, Wolf Alice, Best Coast) in LA, the band continue to dive headfirst into their 80s inspirations (Madonna, New Order and Stevie Nicks) while retaining their punchy 90s grunge vibes on this sublime track. Featuring on Spotify UK’s New Music Friday playlist last week, City of Angels has since been added to their Hot New Bands and Scotify editorial playlists, plus Apple Music's Alternative playlist. Having been tipped by Jack Saunders on Radio 1 at the start of the year as one of his ones to watch for 2020, the band will perform a Maida Vale session tonight on his show. Further tastemaker support has come from the likes of the NME, the Line of Best Fit, DIY, Deezer UK, Radio X and 6 Music. Later this month, the band will head out to play a number of UK dates, including a show at the Shacklewell Arms in London on 25 February and Annie Mac Presents show at the Sebright Arms on 6 March.