Artist: MYRY
Label: unsigned, distributed via AWAL
Impact date: Out now
ROTD featured date: Wednesday 22 January 2020
Update Required To play the media you will need to either update your browser to a recent version or update your Flash plugin. 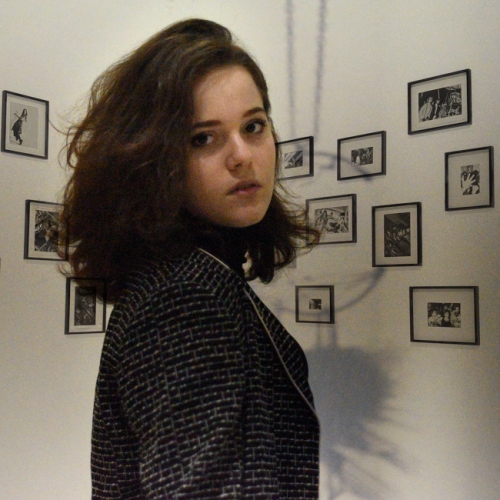 Backed by a plaintive piano melody interspersed with soft percussion and flourishes of ethereal electronics, 22 year old singer-songwriter MYRY delivers a tender and enchanting tale of lost love on this, her debut release. Raised between Italy, the UK and her country of birth Belgium, MYRY first started to hone her gorgeous voice by recording and uploading covers to YouTube as a teenager, which garnered millions of views and an online following of 30,000 fans. She then moved to London two years ago to fully pursue her musical career and for the past year has been developing her sound with producer James Kenosha (Birdy, Rhodes, Wildes). Released earlier this week, Ghosts is the first release from her sessions with James and is taken from her forthcoming EP co-written with Joshua Bowyer aka Wulf (BMG). Support has so far come from Melita Dennett (BBC Introducing The South) and Tom Robinson who are fans, and numerous blogs are confirmed to feature the track over the next couple of days. With a voice as captivating as Freya Ridings or Birdy and a sound ripe for contextual playlists and TV syncs (Love Island, teen dramas), MYRY's Ghosts is a must-listen and statement of intent.