Artist: SHY Martin
Label: BLNK Music
Impact date: Out now
ROTD featured date: Monday 20 January 2020
Update Required To play the media you will need to either update your browser to a recent version or update your Flash plugin. 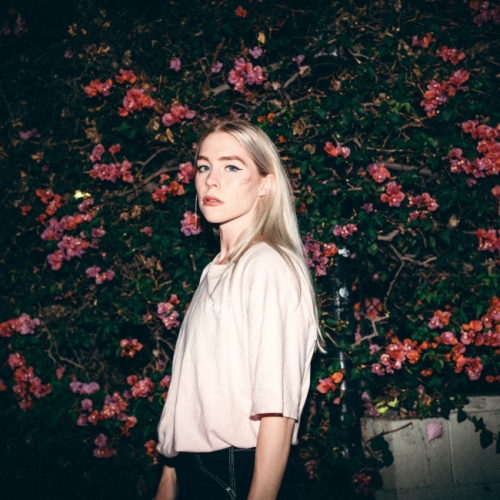 Swedish artist and songwriter Sara Hjellström, aka SHY Martin, delivers a beautifully emotive and tender gem in this her latest release. She first burst onto the scene as a songwriter and featured vocalist on the massive Mike Perry track The Ocean (over 600m streams) back in 2016. Since then she has written for the likes Kygo, Chainsmokers, Bebe Rexha and Jess Glynne among others, and amassed over 2.5bn streams for her songwriting credits. At the tail end of 2018, the rising Swedish pop star dropped her debut EP Overthinking and continued to release pop nuggets in 2019, which have clocked up over 150m combined streams and praise from Paper, the Line of Best Fit, Idolator and Billboard. Having completed a sold out European tour, including a support slot with Nina Nesbitt in London last December, SHY Martin is off to a cracker with this gorgeous, stripped-back number. Featuring on 32 Spotify New Music Friday playlists on release, Slow has all the hallmarks of becoming a streaming hit and with the right sync/push could become a massive global hit. With her sublime vocal and extraordinary knack of crafting honest and heartfelt songs, we fully expect 2020 to be a massive year for this superstar-in-the-making.