Artist: Alice Boman
Label: Play It Again Sam
Impact date: Single: Out now/Album: 17 January 2020
ROTD featured date: Thursday 16 January 2020
Update Required To play the media you will need to either update your browser to a recent version or update your Flash plugin. 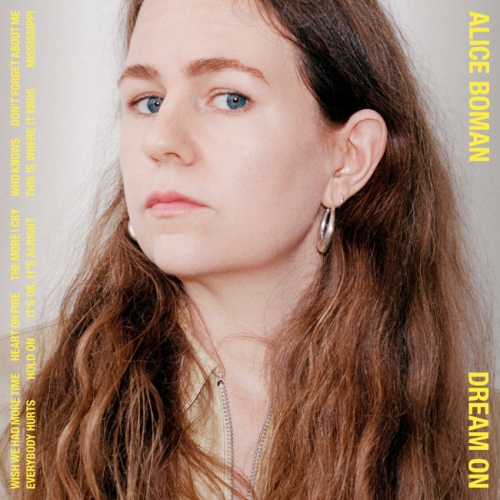 Within thirty seconds of listening to this sublime slice of melancholic dream pop by Swedish singer-songwriter Alice Boman we were completely mesmerized. And it’s not only us, but she has also been capturing the hearts and minds of listeners across the globe with her music, amassing over 30m combined streams and praise from the likes of The Fader, NPR Music, The Guardian, and The Line of Best Fit among others. Her songs have received support from 6 Music DJs Lauren Laverne, Steve Lamacq and Huw Stephens, as well as being synced to numerous TV series, including Netflix’s 13 Reasons Why, Amazon’s Transparent and the BBC’s Wanderlust. Taken from her critically acclaimed forthcoming debut album Dream On (out this Friday), Everybody Hurts oozes heartfelt emotion from amidst a blend of ethereal folk flourishes and lush Scandinavian pop production. She will be performing at Eurosonic tomorrow (17 Jan) at Plato Record Shop (16.10pm) and then the Forum (11pm), but don’t worry if you are not attending the festival, she will also play Union Chapel in London on 25 February. A beautiful and breathtaking must-listen.