Artist: Havelock
Label: unsigned
Impact date: Single: Out now/EP: 2 March 2020
ROTD featured date: Tuesday 14 January 2020
Update Required To play the media you will need to either update your browser to a recent version or update your Flash plugin. 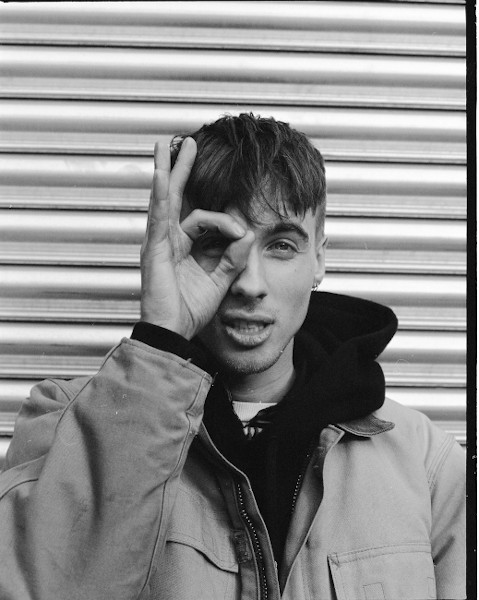 Back at the end of September last year, we highlighted London-based artist Havelock in Compass after he had released his fourth single in 2019. His blend of opposing sounds and styles, from slowed down speech to flourishes of catchy electronic hooks and a wonderful vocal tone, drew us into his visually rich world. Now in the process of rolling out a five track EP, called TRY B4U BUY, he is back with this woozy slice of indie-electronic chic for his second single. Self-released last week, CHINA DOLL was quickly picked up for playlist features on Spotify UK (NMF, All New All Now & Our Generation) and Deezer (Brand New UK, Indie Jukebox). Huw Stephens gave the track its first Radio 1 airplay on Sunday night after receiving support at BBC Kent Introducing (Abbie McCarthy) and is currently sitting on the C-List at Amazing Radio. The video, which uses an element of the yellow pages EP artwork to morph from a Spotify canvas visual into an actual video advert, is a unique and delightful touch. He has already been confirmed for Liverpool Sound City and Newcastle’s Hit The North, but will be performing his next London show at Electrowerkz on 24 March. This is a rising artist with bags of talent and one that needs to be on your radar.