Artist: Emily Burns
Label: Island
Impact date: Out now
ROTD featured date: Wednesday 11 December 2019
Update Required To play the media you will need to either update your browser to a recent version or update your Flash plugin. 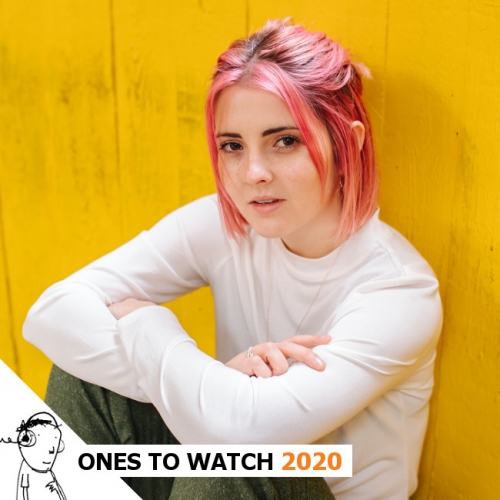 For regular readers of RotD, our next Ones To Watch 2020 is an artist that should be familiar to you. We first supported Scotland-born and Midlands-raised Emily Burns back at the end of 2016 with her supremely catchy debut track Take It Or Leave It. She then released the mini-album Seven Scenes from the Same Summer on 37 Adventures, including RotD tracks Bitch, Girlfriend At The Time and Cheat, before self-releasing her EP PDA earlier this year. Now signed to Island Records, she's dropped her refreshingly honest and vulnerable new EP My Town, full of catchy melodies and melancholic undertones. Her ability to write intimate and accessible pop music has drawn tastemaker praise from the likes of Vogue, Wonderland, the Line of Best Fit, Noisey and Clash, while support has also come from Radio 1 and BBC Introducing, along with editorial playlist additions at Spotify. Having played Radio 1’s Big Weekend and sold out her headline show at Omeara in London this year, she will be supporting Gabrielle Aplin on tour in March and will then head out on a headline UK tour, including a show at Camden Dingwalls on 30 April. With over 27m Spotify streams and a knack for writing intimate and accessible pop tunes, Emily Burns is set to have her biggest year to date in 2020. Considered and captivating pop.