Artist: Lavengro
Label: Blue Shell Music
Impact date: Out now
ROTD featured date: Thursday 28 November 2019
Update Required To play the media you will need to either update your browser to a recent version or update your Flash plugin. 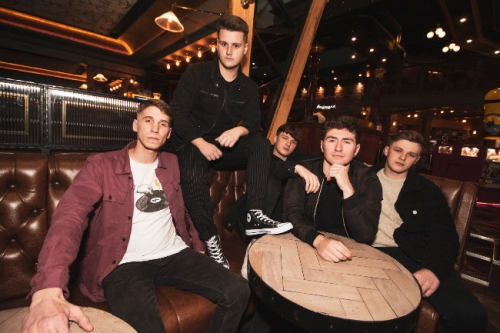 Love Me is the brand new single from Lavengro, a five-piece pop band from Derry who were first discovered by The Saturday’s Rochelle Humes. Signed to Paradigm agency under agent Sol Parker (Billie Eilish, Take That, Rita Ora, Liam Payne), the lads have established themselves as one of Ireland’s most promising live bands with their shows full of energy and enthusiasm. Their previous singles, Live for the Weekend and Think, have racked up some serious support on Irish radio (iRadio, Today FM, Q, BBC Radio Ulster), with latter being named as one of RTE 2FM most played Irish songs of 2018. It also stayed in the top 100 Irish Airplay Charts for 11 weeks and made it onto the Irish iTunes Top 100 Charts, Spotify Viral 50 Ireland, and Ireland Shazam Charts top 50. Having spent the summer months writing and recording their debut EP Consequences in the studio, the lads dropped this smooth and sophisticated pop jammer yesterday. Drawing on the sounds of The Weeknd, Bieber and a touch of Chainsmokers production, Love Me is perfect for new pop streaming playlists and has already been lined up for plays across RTE 2FM and iRadio. At the start of next year, the band will be bringing their live show to schools in cities across the UK, including London on 12 January, and plans are in place for an Irish school tour in February too. Sophisticated and contemporary pop for the masses.