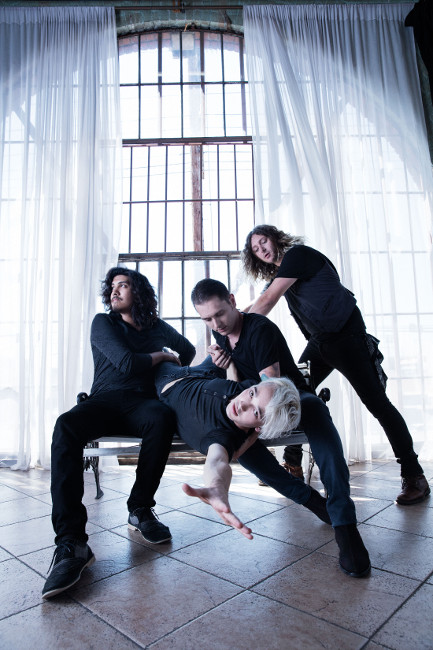 Southern California rockers Badflower have, over the last two years, established themselves as one of the hardest working rock groups in the States. Their blend of emotionally driven rock and descriptive storytelling, reminiscent of the '90s Seattle sound, have helped them draw masses of fans and the attention of US radio with their singles Heroin and Ghost. Earlier this year they released the Noah Shain (Atreyu, Dead Sara) produced debut album Ok, I’m Sick, which led them to receive tastemaker praise from the likes of Billboard, Forbes, Consequence of Sound, Kerrang!, Rocksound and Upset. The Los Angeles quartet are currently the face of men’s fashion designer John Varvatos’ Star USA campaign. Tomorrow night (22 Nov) the band return to the UK to headline ULU in the capital, having played their debut UK show at the Dome in London earlier this year and Download festival. This emotional blast of rock goodness is their latest single, and is currently Top 3 at Active Rock in the US charts and has over 930k views on YouTube for their touching video. With over 60m combined Spotify streams, Badflower are a band quickly making their mark on US rock and if you haven’t check them out already then this is the time to do so.