Artist: Jesse Markin
Label: VILD Recordings
Impact date: Single & Album: Out now
ROTD featured date: Wednesday 20 November 2019
Update Required To play the media you will need to either update your browser to a recent version or update your Flash plugin. 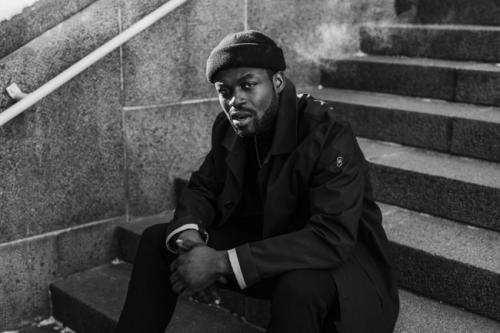 Back at the start of October, we were lucky enough to catch Liberian-born singer-songwriter Jesse Markin live at the Music & Media conference in Finland. The former vocalist of The Megaphone State made an instant impression on us and those in the crowd with his mix of indie pop, hip hop, soul and African folk, all delivered with passion and high energy. Having been named ‘Newcomer of the Year’ by Finnish magazine Soundi, as well as listed among the Breakthrough Acts Of The Year by YleX (equivalent to BBC Radio 1) in his native Finland, Jesse released his debut album FOLK in May this year. The album drew acclaim across Finnish newspapers and magazines with this thoughtful and cinematic number being one of its highlights. Tastemaker support has come from the likes of Complex, Clash, Conversations About Her and KEXP radio. He is currently seeking an international label and live agent, having sold out a record release show (800 capacity) in his native Finland and performed at this year’s Flow Festival. You can catch him next week (28 November) at The Lexington in London for the monthly Ja Ja Ja night, or alternatively at Eurosonic, if attending, as he is one of the EBU’s selection artists for 2020. With his powerfully uplifting and soulful music, Jesse Markin is one of Finland’s most promising acts and one that you should add to your radar now.

Management & for all other enquiries: Martin Linnankoski